Don't forget to add A Spy's Devotion to your Goodreads list!

And don't forget to pre-order this Regency Romance and homage to Jane Austen! 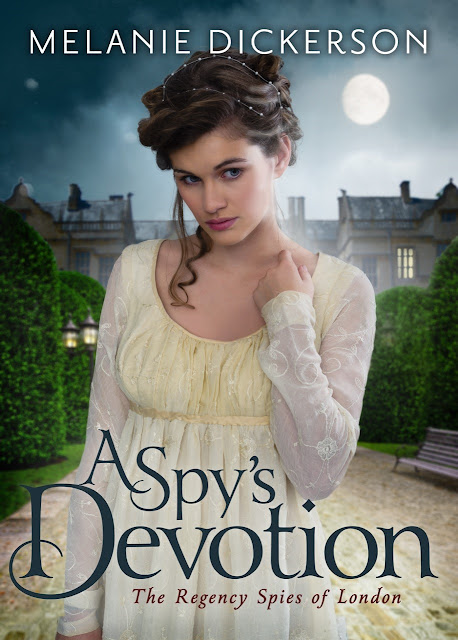 I just realized I have not revealed my two new covers here on my blog. Yep, that's right. I have TWO new covers!

My Regency romance, A Spy's Devotion, releases in just TWO MONTHS! I can hardly wait to share the story and characters with you. In the meantime, here is the absolutely gorgeous cover, which was created by my very first cover artist, Mike Heath of Magnus Creative, for my new publisher, Waterfall, an imprint of Amazon Publishing.

And, without further ado, here is the beautiful cover depicting my heroine, Julia Grey, in the mysterious night time setting of a Regency country house garden with a luminous moon and Regency-era mansion in the background. 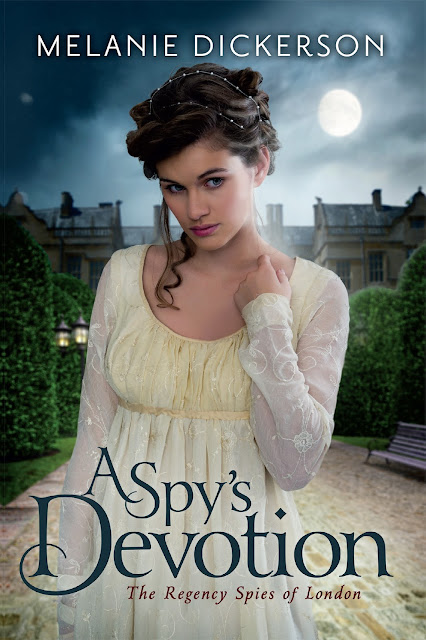 In England’s Regency era, manners and elegance reign in public life—but behind closed doors, treason and tawdriness thrive.
Nicholas Langdon is no stranger to reserved civility or bloody barbarity. After suffering a battlefield injury, the wealthy, well-connected British officer returns home to heal—and to fulfill a dying soldier’s last wish by delivering his coded diary.
At the home of the Wilherns, one of England’s most powerful families, Langdon attends a lavish ball where he meets their beautiful and intelligent ward, Julia Grey. Determined to maintain propriety, he keeps his distance—until the diary is stolen and all clues lead to Julia’s guardian.

As Langdon traces an evil plot that could be the nation’s undoing, he grows ever more intrigued by the lovely young woman. And when Julia realizes that England—and the man she is falling in love with—need her help, she finds herself caught in the fray. Will the two succumb to their attraction while fighting to save their country?

Preorder it for your Kindle for only $5.99!
Amazon

And below is the cover that I revealed in my newsletter. The Beautiful Pretender is the sequel to The Huntress of Thornbeck Forest, which tells the story of the margrave and the beautiful servant girl who catches his eye and steals his heart. 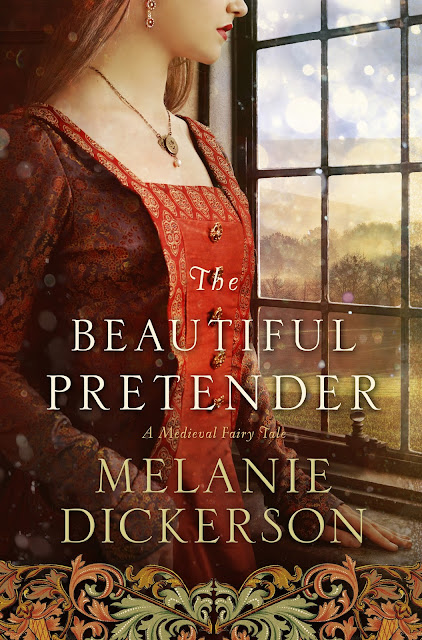 Preorder the ebook for the special preorder price of $4.99!

And don't forget that The Golden Braid, a new Hagenheim story, has just released! Available now from your local book store or online retailer. 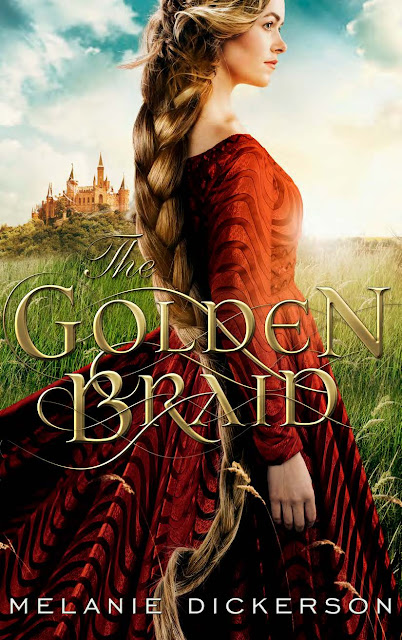 I know you are all wondering who won the amazing prizes from the Christian Fiction Scavenger Hunt over the weekend! Well, here they are!

And the winner of a paperback set of all 5 of my YA Medieval fairy tale romance series is . . .
Kaycie!!!

Congratulations to all the winners! Thanks for participating the scavenger hunt, and I hope you were able to find some new authors to read and love. That's what it's all about.

Posted by Melanie Dickerson at 10:25 AM 3 comments: 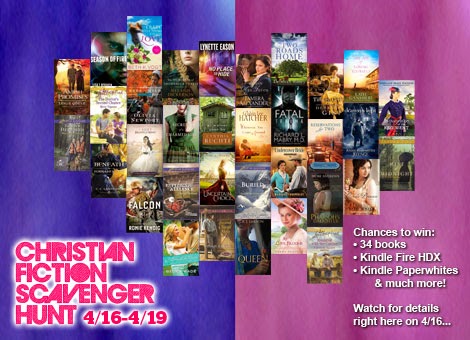 I am a part of TEAM PURPLE, and this is Stop #4.  If you get confused, you can go here for the basic rules and instructions.

If you’re just joining us, there are two loops—purple and pink—and they begin at Lisa Bergren’s site and Robin Hatcher’s site for stop #1 for either stream. If you complete either the pink loop or purple loop, you can enter for a Kindle paperwhite and the 17 autographed books from that loop. If you complete BOTH loops, you can enter forthe Grand Prize of a Kindle Fire HDX and ALL 34 autographed books.

The Hunt begins at NOON Mountain time on April 16 and ends at midnight Mountain on April 19, 2015, so you have a long weekend to complete all 34 stops and maximize your chances at all the amazing prizes!

ALSO, please don’t use Internet Explorer to navigate through the loops. Some web sites won’t show up using IE. Please use Chrome or Firefox!

Without further ado, it’s my pleasure to introduce you to my guest for the Scavenger Hunt, Winnie Griggs. Winnie is a Southern girl--like me!--who writes about Small Towns, Big Hearts, and Amazing Grace! 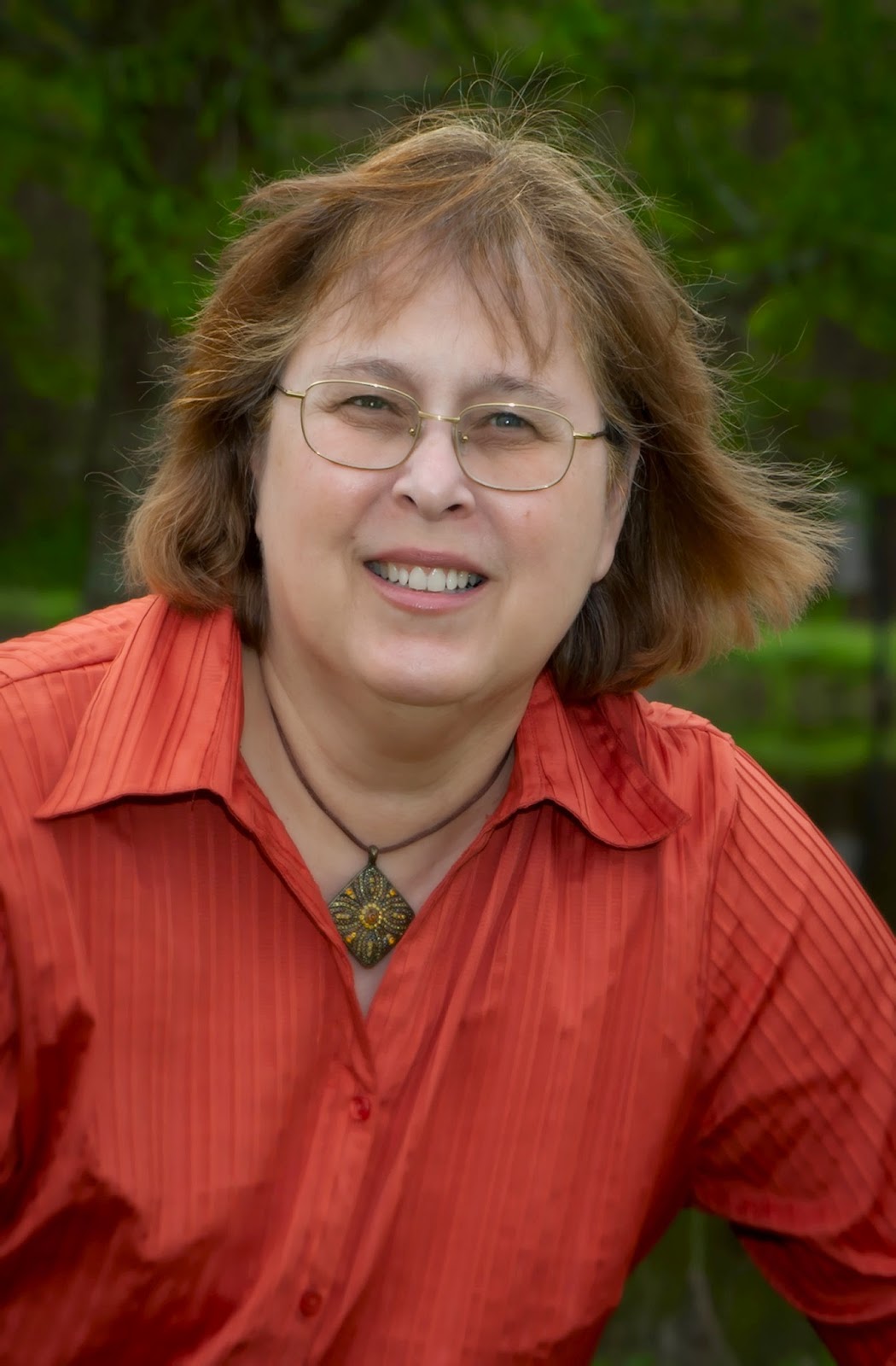 Here’s her professional bio:
Winnie Griggs is the award winning author of Historical (and occasionally Contemporary) romances that focus on Small Towns, Big Hearts, Amazing Grace. She enjoys cooking, browsing estate sales and solving puzzles. She is also a list maker, a lover of dragonflies and exotic teas and holds an advanced degree in the art of procrastination.

Here’s the summary of her latest book, Winning the Widow's Heart:

To help his dying sister, Nate Cooper once broke the law—and he's regretted it ever since. Now the ex-con turned saddler hopes for a new beginning in Turnabout, Texas. So when Nate saves a young widow's daughter from imminent harm, he's shocked to be called a hero.

Single mom Verity Leggett leads a safe life, avoiding danger and excitement at all costs. But her daughter's rescuer Mr. Cooper seems like a perfectly responsible—and handsome—man she can rely on. But when his secrets come to light, will Verity be able to get over his past and see Nate for the caring man he's become?

When an ex-con falls for a timid widow can he convince her he’s a changed man? 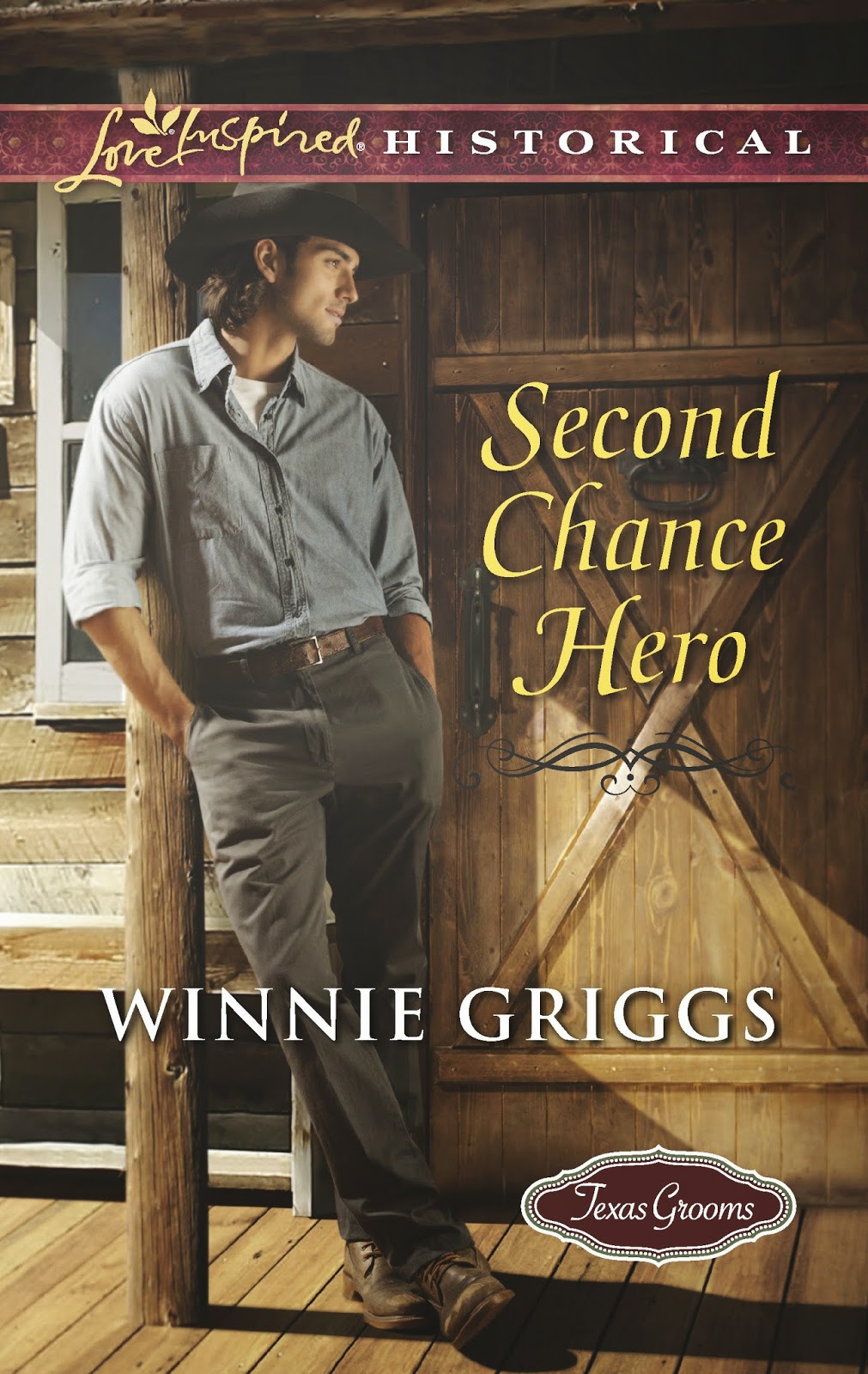 And here’s Winnie's EXCLUSIVE content, that you’ll only find in this hunt!
Winnie says:

"My upcoming May release, Second Chance Hero, is the sixth book in my Texas Grooms series.  I am already near completion on the seventh which will be released in December.  The books are connected through location—they take place in the fictional town of Turnabout, Texas—and the community of people who live there. 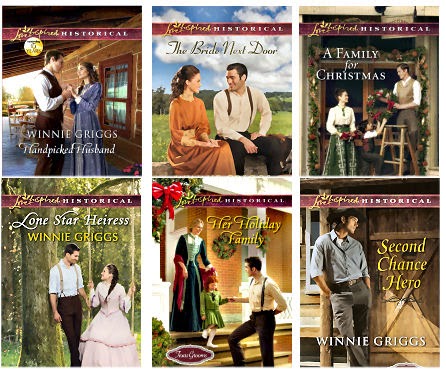 "As you might imagine, after seven books, it’s getting more and more difficult to keep up with all the details of the books that came before.  Three books back, I drew up a town map so I could keep up with where all the buildings and landmarks are so I don’t inadvertently move them around in subsequent books.  (It you want to get a look at it, you can find it at this link  http://www.winniegriggs.com/Turnabout.php)

"But just as important as keeping up with the physical town layout, I need to keep track of all the people who’ve earned their happily ever after in those earlier books.  After all, life goes on for them – they have children, participate in community events, continue with their careers – and this needs to be reflected as I write the new stories in the series.  I’ve tried to keep it all straight with spreadsheets, but I needed something more of the ‘at a glance’ variety.  So just yesterday I I created a chart of all the main characters and pertinent dates—birth, marriages, etc.  I haven’t made this one public yet, it’s still on a private web page, but if you’d like a sneak peek, here’s the link http://www.winniegriggs.com/Turnabout-People.php.

"I’m thinking that next I’m going to chart out the key secondary characters and maybe even pets that have been featured prominently.  What do you think – are there any of these sorts of charts that are of interest to readers?  If so, what other kind of info would you find interesting or helpful?"

You can purchase Winnie's book, Second Chance Hero, at these retailers:
Amazon
Barnes and Noble
CBD

Thanks for stopping by on the hunt! Before you go, make sure you WRITE DOWN THESE CLUES:
Secret Word(s): the book
Secret Number: 3, a number I chose because I was born on the 3rd.

Got ‘em down?? Great! Your next stop is # 5, Winnie Griggs’s site. Click on over there now. And if you get lost, a complete list of the loop with links can be found at our mother host, Lisa Bergren’s site.

BUT BEFORE YOU GO!
I am giving away a paperback set of all 5 of my Medieval romances - The Healer's Apprentice, The Merchant's Daughter, The Fairest Beauty, The Captive Maiden, and The Princess Spy. All you have to do is sign up for my new newsletter. The sign-up is at the TOP RIGHT of this page, and then leave me a comment on this blog post saying you signed up. I will email you if you win. Thanks!

It doesn't come out until November 17, but here is the beautiful new cover for my Rapunzel story. What do you think? 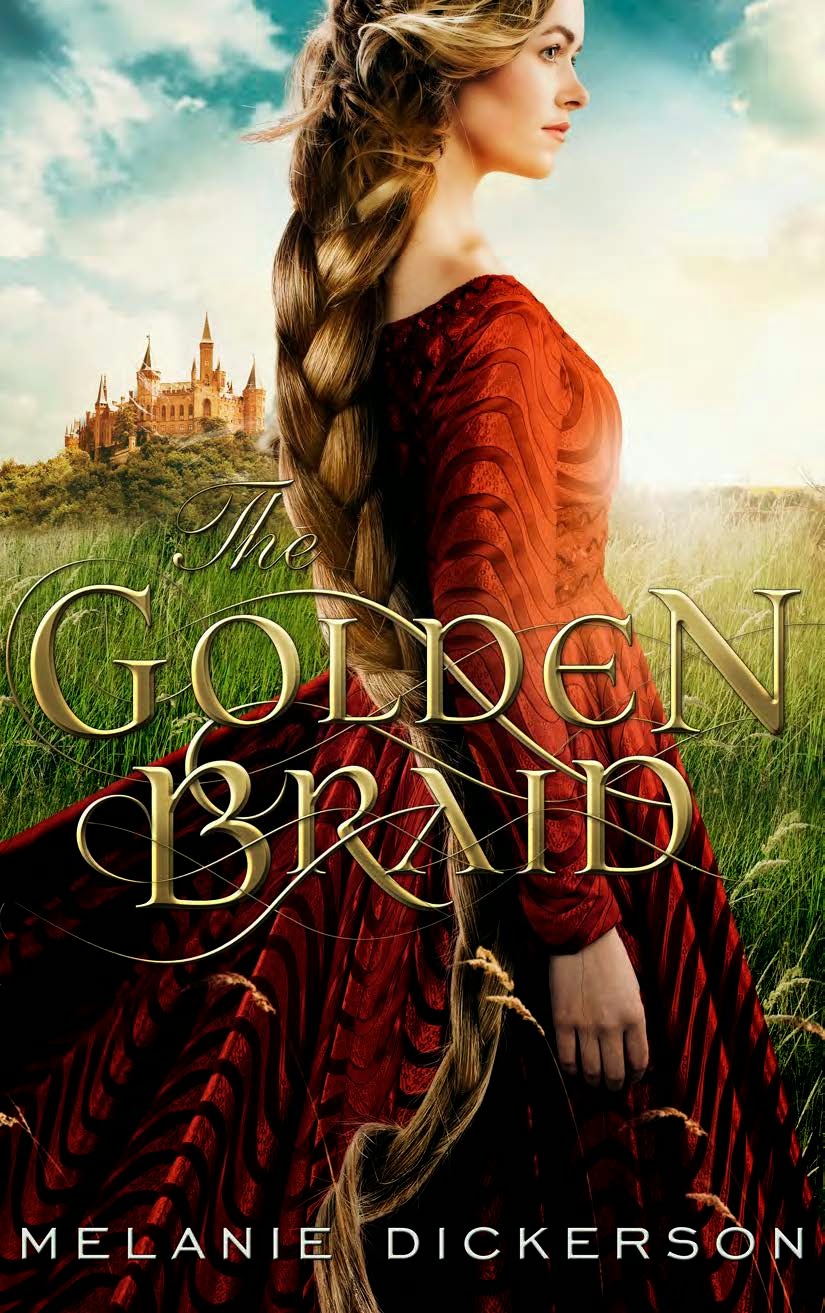 
Posted by Melanie Dickerson at 9:42 AM 3 comments:

Huge Giveaway! Enter to win one of ten books!

Click on the picture above to enter to win one of TEN new releases, including The Huntress of Thornbeck Forest!

This Contest runs through March 27th, so make sure you get your name in as many times as you can to win one of the books!
Posted by Melanie Dickerson at 7:35 AM 4 comments:

The Huntress of Thornbeck Forest is coming! 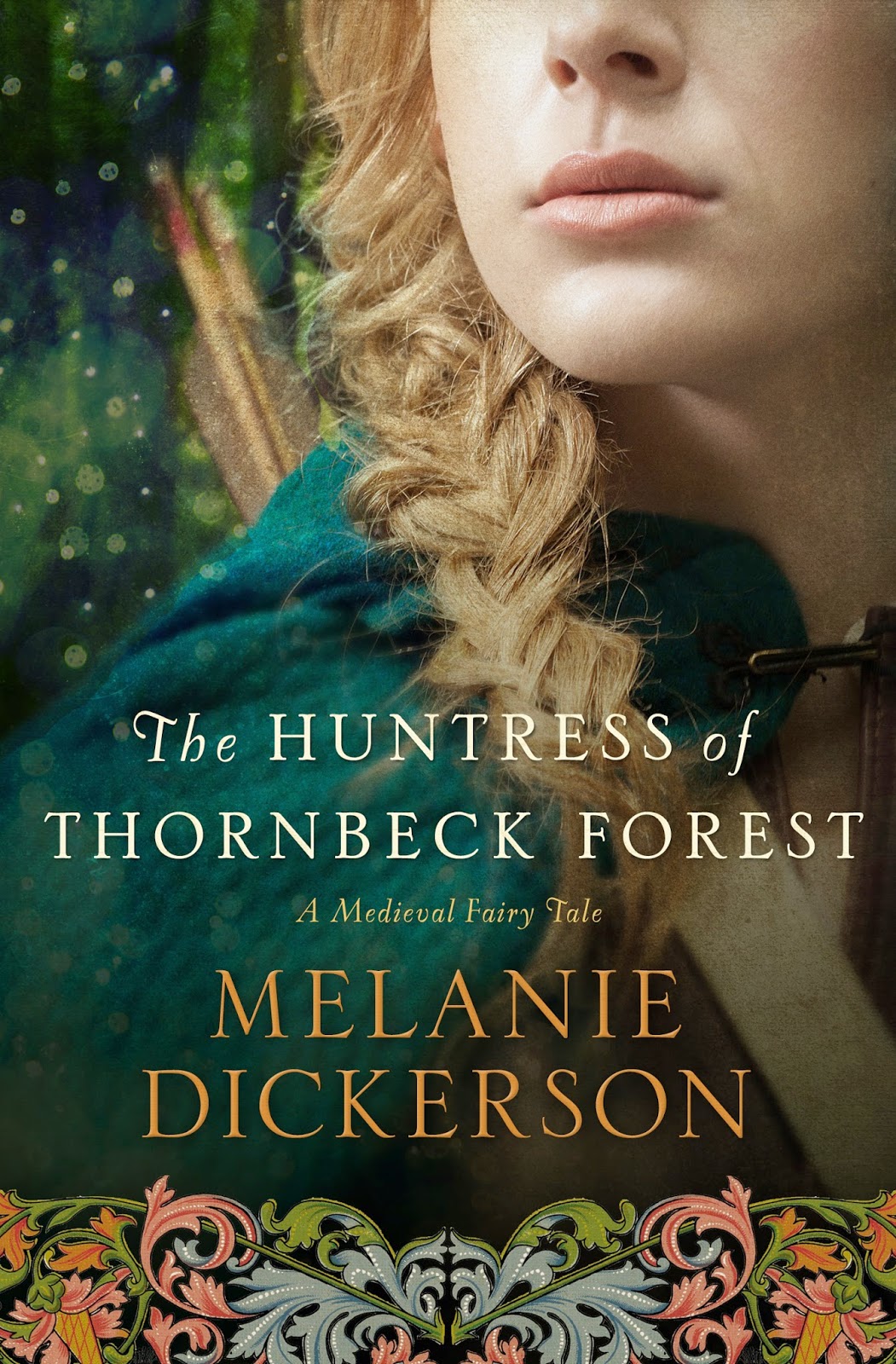 A beautiful maiden who poaches to feed the poor. A handsome forester on a mission to catch her. Danger and love are about to unite in Thornbeck Forest.
The margrave owns the finest hunting grounds for miles around—and Odette Menkels spends her nights poaching his deer to feed the hungry orphans of Thornbeck. By day, Odette is a simple maiden who teaches children to read, but by night this young beauty has become the secret lifeline to the poorest of the poor.
For Jorgen Hartman, the margrave’s forester, tracking down a poacher is a duty he is all too willing to perform. Jorgen inherited his post from the man who raised him . . . a man who was murdered at the hands of a poacher.
When Jorgen and Odette meet at the Midsummer festival and share a connection during a dance, neither has any idea that they are already adversaries.
The one man she wants is bound by duty to capture her; the one woman he loves is his cunning target.

The Huntress of Thornbeck Forest e-book will be $4.99 until it releases on May 12th! So don't miss the pre-order sale!

Praying all my faithful readers will love this Swan Lake-Robin Hood mash-up, the first book in a new series! But don't worry, the old Hagenheim series will continue for just a bit longer. The next Hagenheim story is The Golden Braid, a Rapunzel retelling, and I think you will be pleasantly surprised to find out who the heroine is. But don't try to guess; it's supposed to be a surprise. ;-)

And Another New Release! 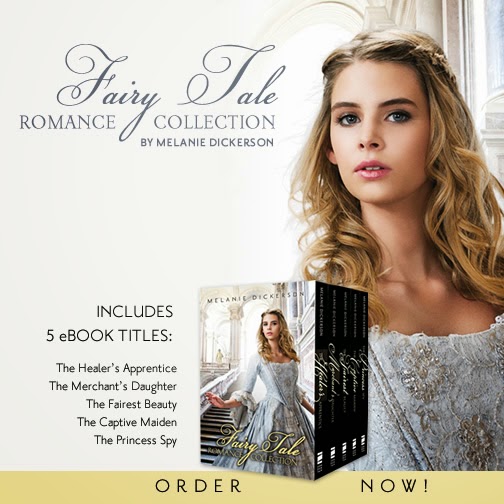 It's all Five of my Previously Published Fairy Tales, one complete e-book bundle, at one price.

So, there you are. My two new releases, a pre-order sale, and all the trimmings. :-) But I have just one more announcement, and that is that my website just got a sweet new overhaul! Check it out and see what you think. www.MelanieDickerson.com

Posted by Melanie Dickerson at 9:53 AM 9 comments: 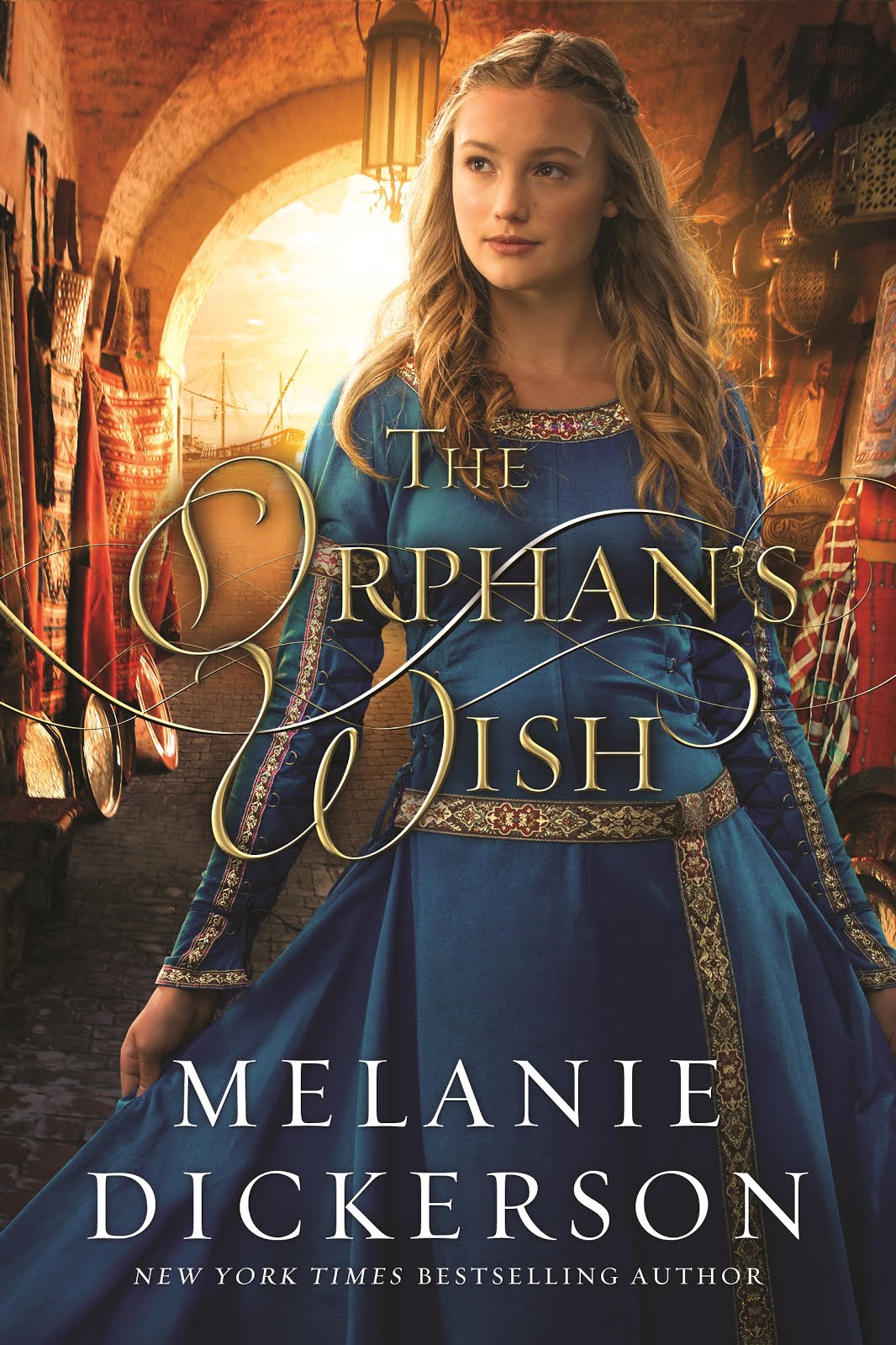 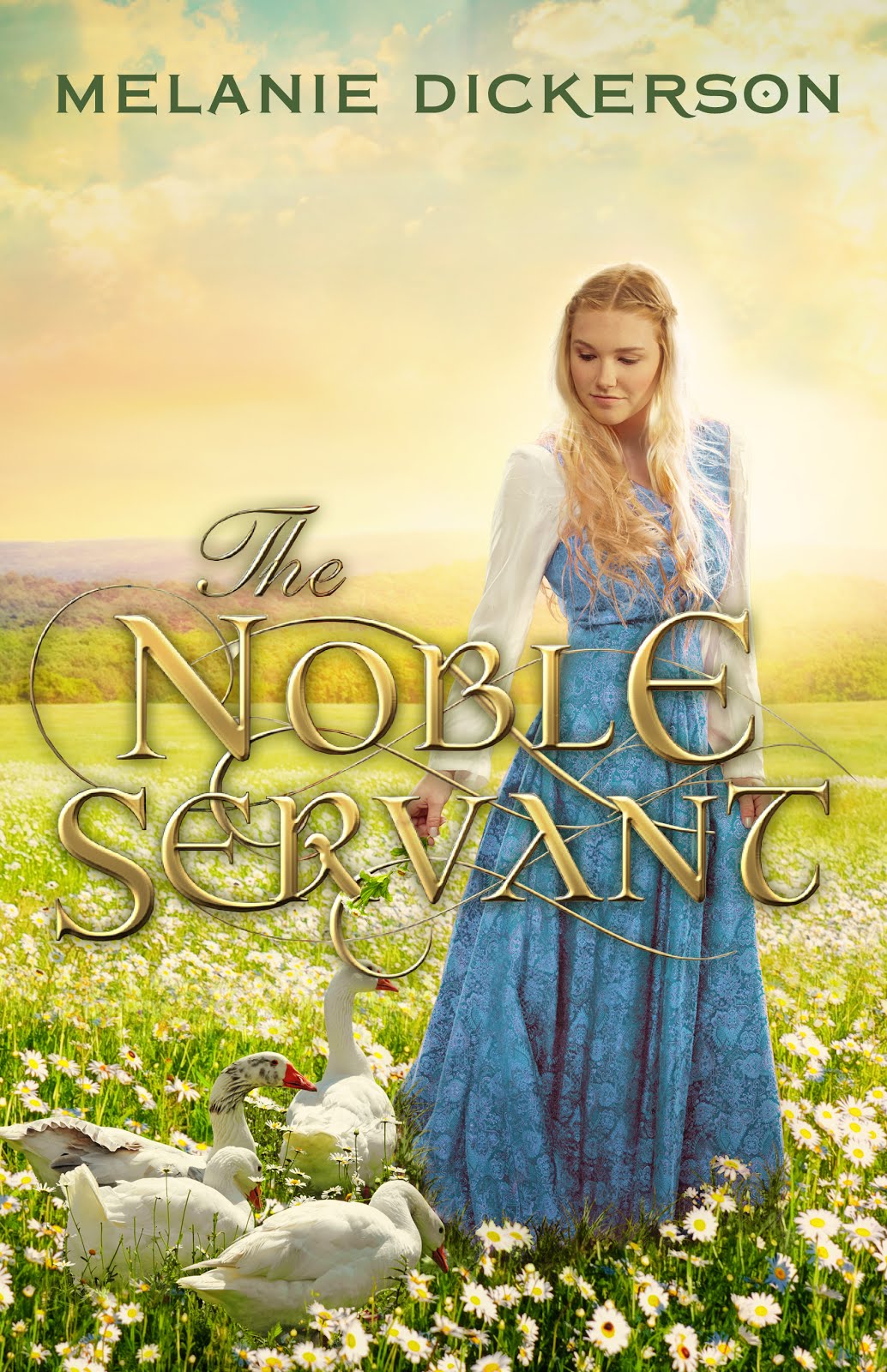 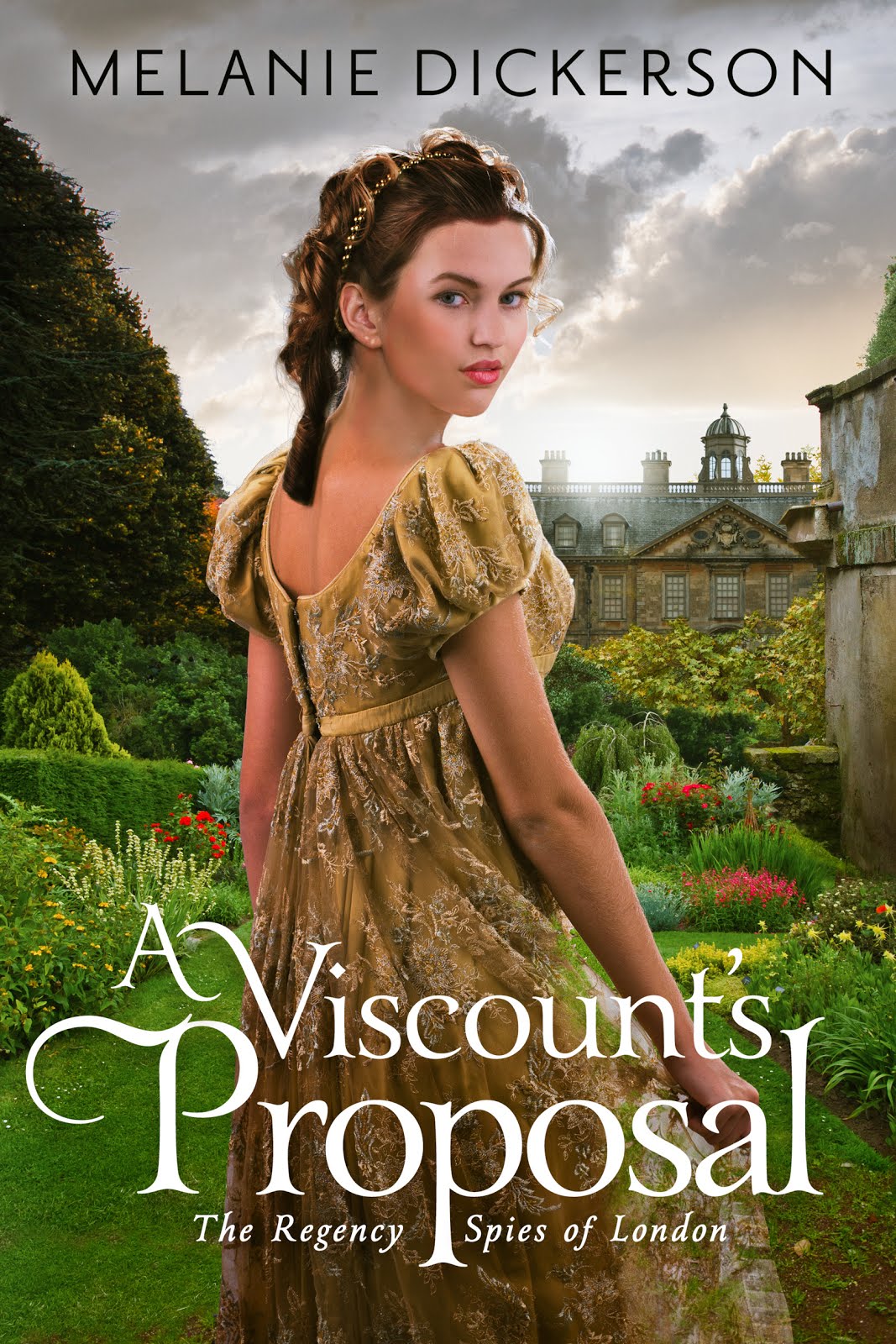 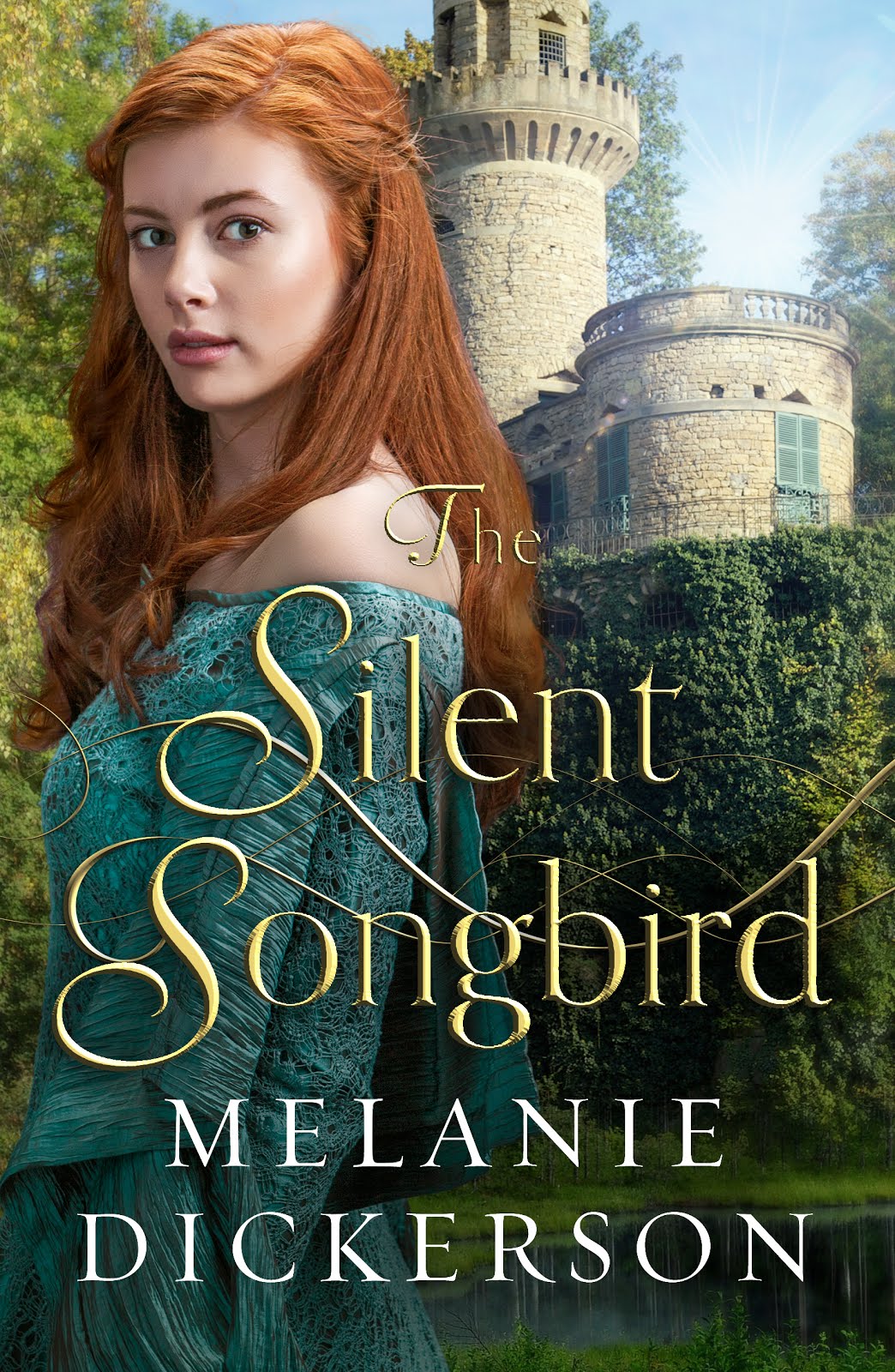 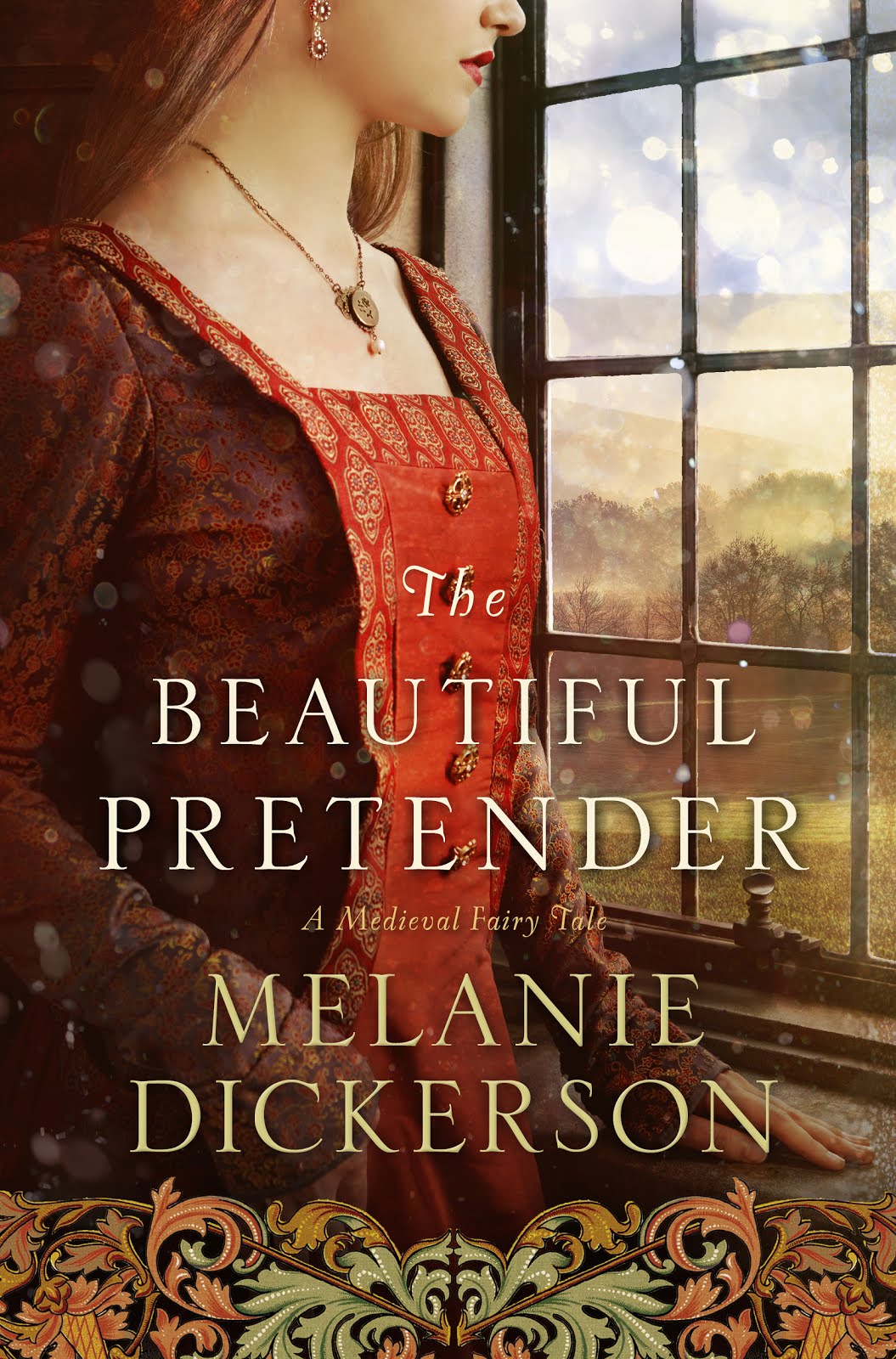 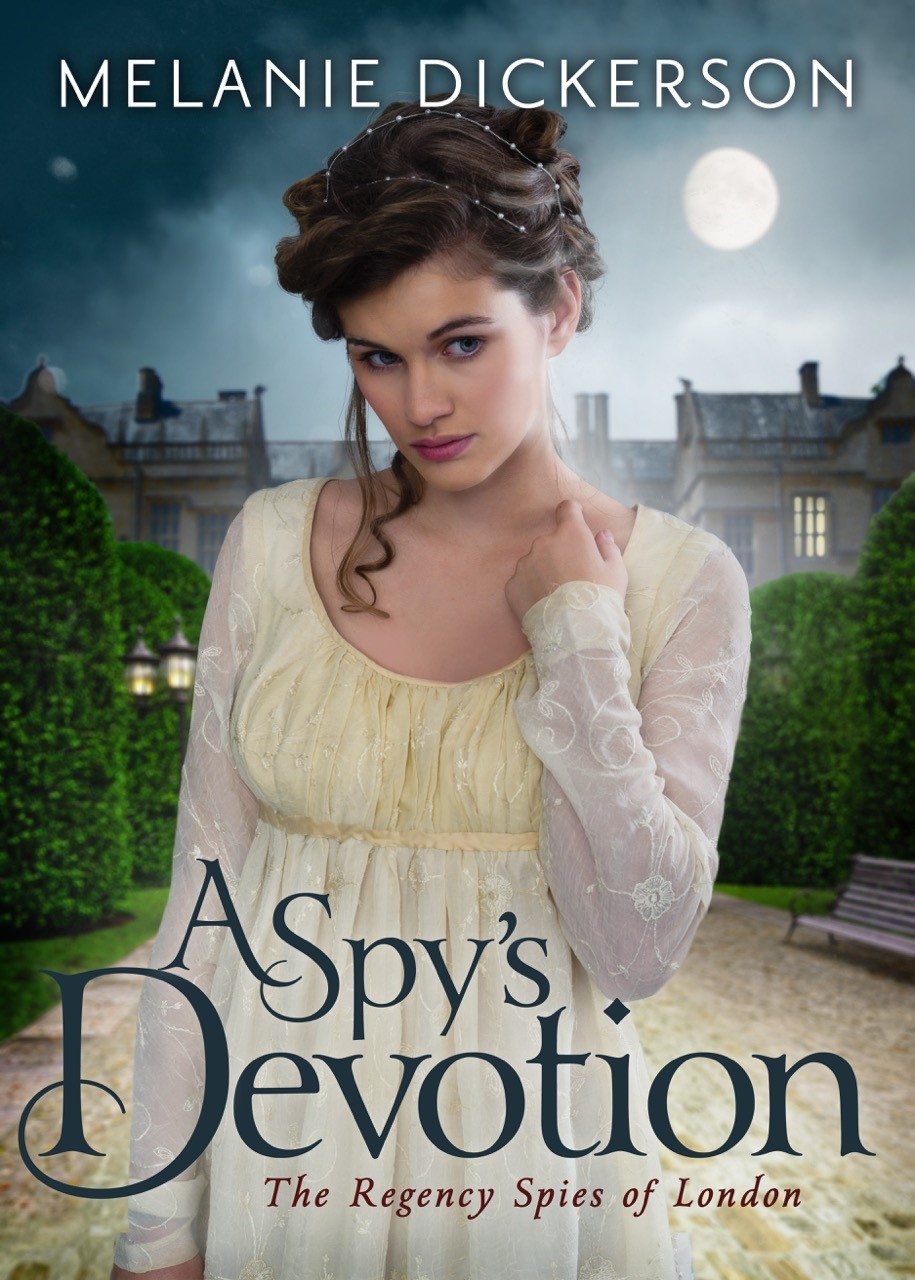 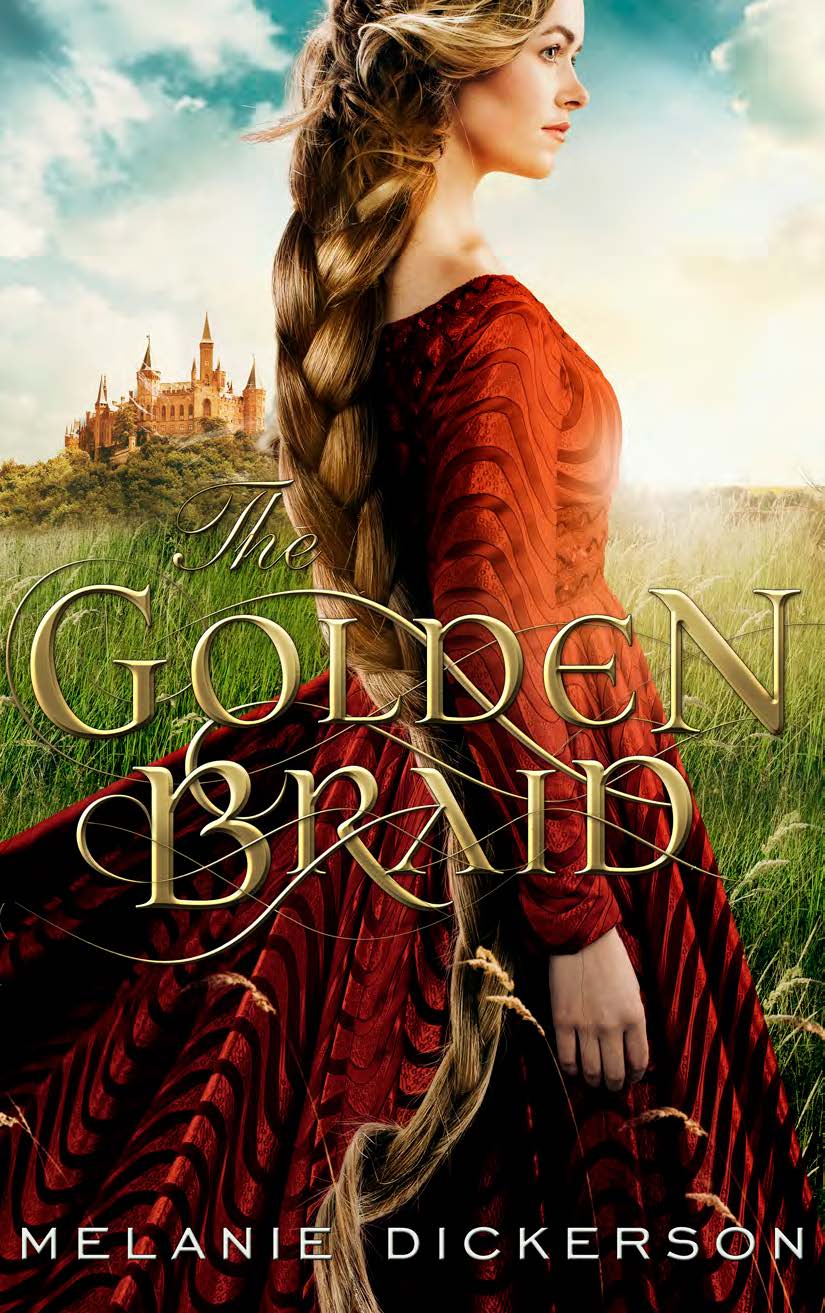 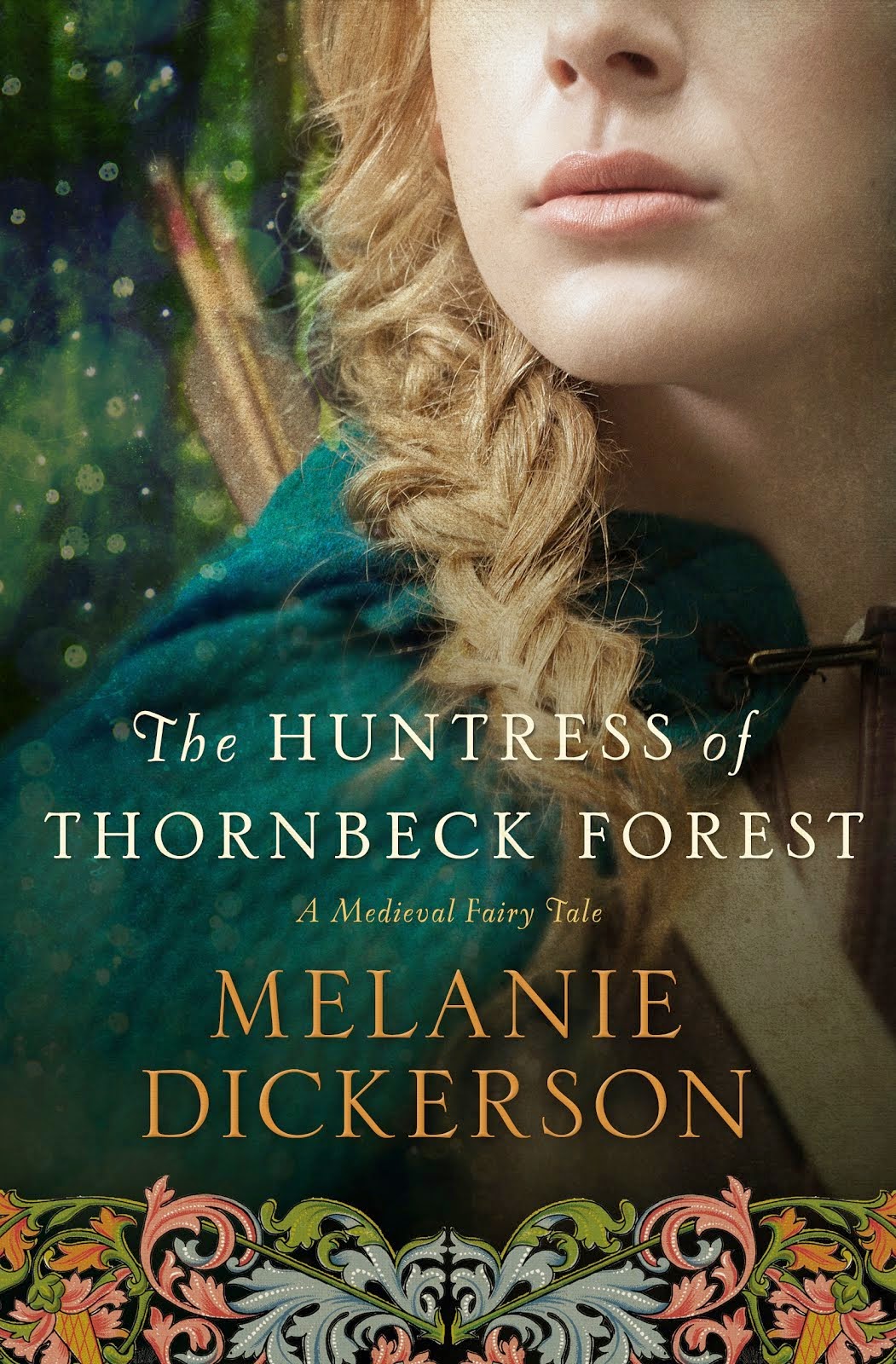 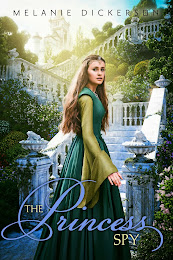 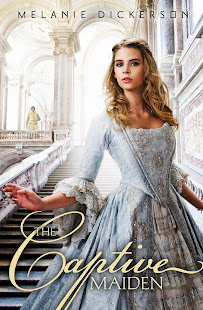 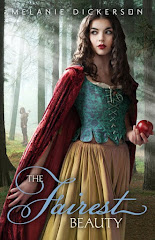 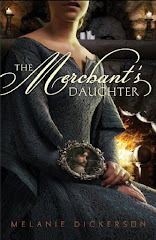